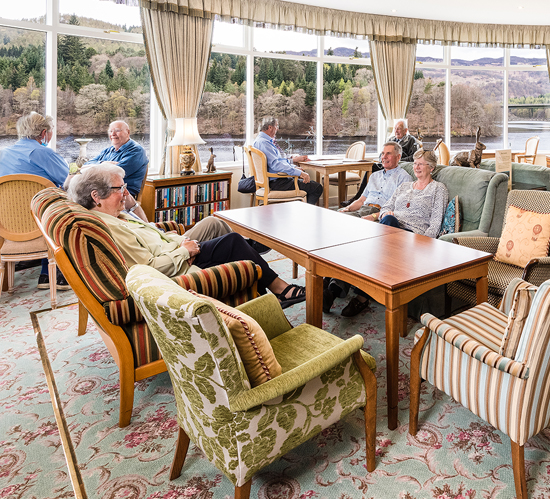 The principal lounges, halls and the lounge bar bar of the hotel are all spacious, fresh and full of light.

As is inevitable in a family run county house type hotel, the background and enthusiasms of the owning family emerge clearly. There is thus a generous availability of books - over two thousand to choose from - throughout the hotel and there is a wide range of pictures and paintings in public areas and bedrooms. 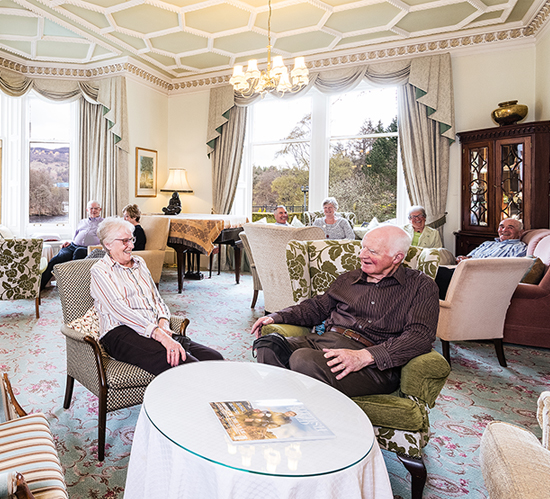 The persistent artistic thread running through the selection is that the subjects should mainly be on a Scottish theme, or be painted by artists living in Scotland. Alfred Allan from Fife is well represented, with two of his commissions being 'On the way to Ben-Y-Vrackie' which is in the main stairwell, and 'Children playing on the West Sands' which is currently in the lobby of the Garden Wing. 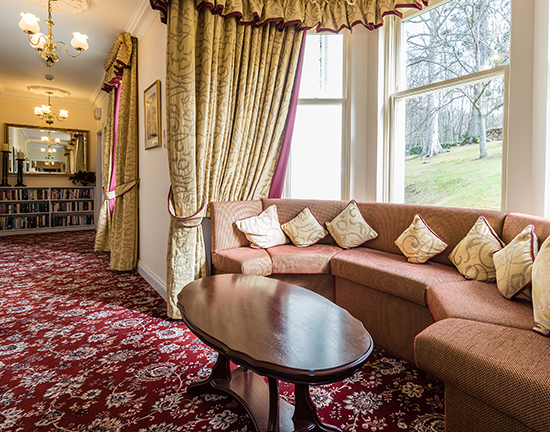 The hotel's main lounge is reached from the front hall of the hotel, and is made up of what would have been the two principal rooms of the original Victorian building. The original drawing room section of the lounge has a particularily nice corniced ceiling.

Every day from approximately 11am until around 5pm, the principal sideboard in the main lounge is laid with a complimentary tea and coffee buffet, which guests are invited to help themselves to. Fairtrade Colombian ground coffee, Fairtrade decaffienated Colombian ground coffee, teas, biscuits, and gluten-free biscuits are made available. From around 1pm ( earlier if Alistair is on duty ) a selection of home made cakes and homemade gluten-free cakes are added to the buffet. 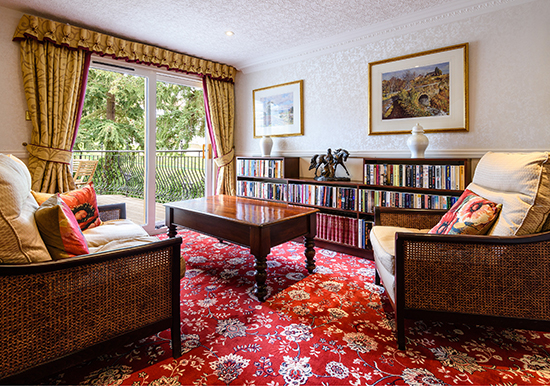 Please take at least one of the cakes each, as Alistair has great difficulty in passing by the buffet, without doing a spot of "quality control" as he calls it.

On the way from the main lounge to the dining-room you will find the jigsaw area, which has become the domain of Terry ( Edwards ) from reception. Since being appointed the Green Park's 'Jigsaw Coordinator', Terry tells us that jigsaws are beginning to take over her life. While Terry has been given a not inconsiderable budget to procure new jigsaws, she is delighted that guests continue to bring favourite jigsaws with them, to leave at the hotel and add to our library. 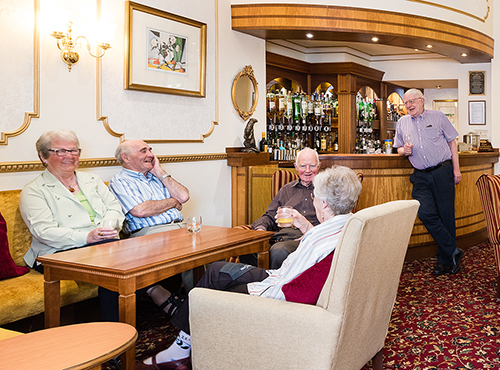 The sun lounge is reached from the main lounge, and enjoys sweeping panoramic views of the gardens and Loch Faskally. Binoculars are placed around the bay windows, in the hope that you catch a glimpse of the areas wildlife. Red Squirrels are a particular favourite and can often be seen helping themselves from their feeder, or scampering across the lawn to the giant Lebanese Cedar by the Garden Wing.

The sun lounge's dance floor is a well kept secret, except over the Hogmanay period and our early season weekends. Most weekends each January and February the lounge furniture is rearranged to free up the dance floor, and you are invited to strut your stuff after dinner with our resident musicians. We make no apology for the musical mix, which is very much in the traditional ballroom and Scottish styles. Break dancers are urged to ply their craft elsewhere. 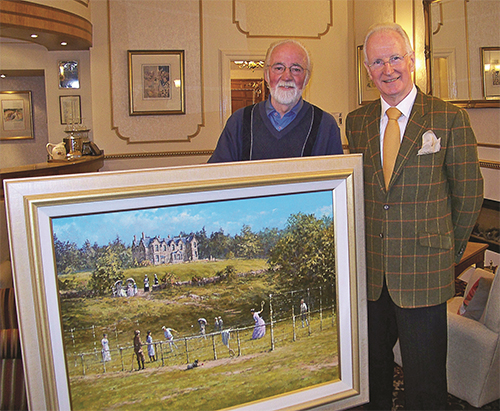 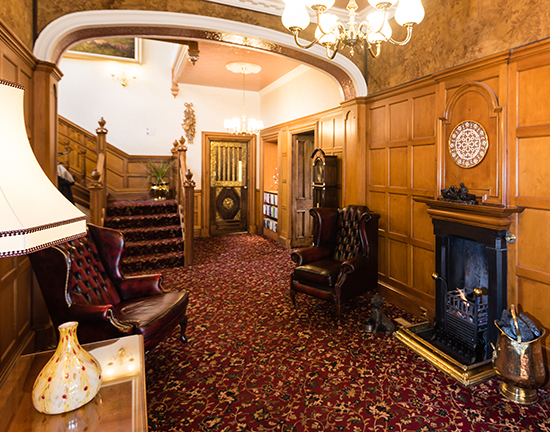 The bar lounge is towards the left of the reception area as you enter the hotel, and while fully stocked, is not always manned. To attract attention, either ask at reception or shout 'fire' loudly - the latter should certainly bring someone running.

As mentioned already above, books, paintings, and quiet reading areas are a feature of the hotel, and can be found throughout the building. Please wander the corridors and public areas at will, and make yourself at home where ever suits. 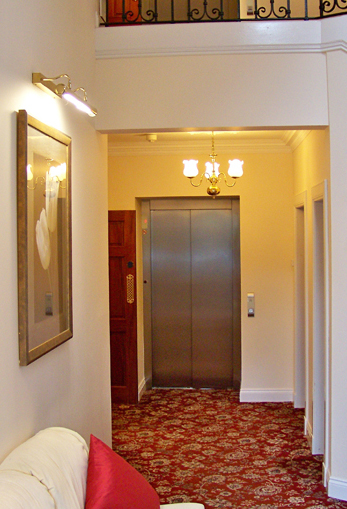 Ronald Gardiner, our very patient unpaid curator, has devoted much of his time to producing reference cards for the artwork on display, as well as the two complimentary art leaflets placed strategically around the hotel. Ronald was also the inspiration behind the two troughs full of art books, to be found as you head towards the Tower Wing from reception. Truely a labour of love.