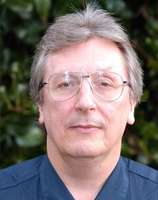 A graduate of Liverpool College of Art, Adrian has worked as an Illustrator, Arts Development Officer and Lecturer in various academic and public institutions. He has been Arts Development Officer for Chester City Council, then Cheshire West and Chester Council, with a particular interest in visual art. Adrian's lectures are illustrated with colour images in powerpoint presentations, and are suitable for all levels of student, plus those who simply love the subject.

Unlocking the secrets of Great Artists from History. To include 'The Garden of Earthly Delights', by Hieronymous Bosch, 'The Sistine Chapel Ceiling', and the 'Last Judgement', by Michelangelo, 'The Maids of Honour' , by Diego Velasquez,   'The Golden Staircase', by Edward Burne-Jones, 'Sunday Afternoon on the Island of La Grande Jatte', by Georges Seurat and 'Guernica' by Pablo Picasso.

The lectures will look also at the societies from which these works are born and other art and artists of that time, as well as the lasting influence of these key works and the artists who painted them.

A History of Western Art in Six Slices.

Revealing how one thing leads to another, even ( especially? ) in the Arts, as the Medieval World is illuminated by the lightning-flash of the Renaissance, followed by the excesses of the Baroque and its spin-off....the ultra-Frivolous Rococo, leading to the Battle between the Neo-Classical and the Romantic Movements, preparing the way for the thrilling and dynamic  explosion of the Industrial Age. And who could be surprised that this resulted in  Impressionism, Post-Impressionism and the Modern Movement, with their fascination with the 'real world'? But wait, there's more;  the great contemporary flourishing of ', the Art of Now ; 'Contemporary' Art', so sharpen your critical faculties for a 'heated debate'..

* All illustrated with colour images in Powerpoint presentations.
* Suitable for all levels of student, plus those who simply love the subject.

There is no supplementary charge for single accommodation on any of our activity breaks, and as normal, we can arrange complimentary transport ( on your day of arrival and on your day of departure ) between the hotel and the bus and railway stations.