Make them laugh, make them cry !

Entertaining and motivating the people during World War Two.

Following on from the success of the last three Film and History Breaks and drawing on much of the research from his books and film classes, Ian Garden has produced another break which focuses on film propaganda during World War Two.
The course will follow the usual format of screening a major feature film of the period during the afternoon sessions and shorter documentary-type films during the morning sessions – all interspersed with Ian’s Powerpoint presentations to bring out key points of interest in the films being shown.
The films to be screened in the afternoon sessions will be The Spy in Black – an exciting thriller starring Conrad Veidt and Valerie Hobson which was released just prior to war being declared; Kolberg – the Nazis’ last colour epic – which involved tens of thousands of military personnel being transferred from the front to participate in the film – all designed to persuade the German populace to fight to the last man and woman; and The Way Ahead – an amusing and touching film starring David Niven and Peter Ustinov which shows how a disparate band of civilians could be moulded into a successful fighting unit.
The morning sessions will include talks and short films which complement the afternoon sessions – so, a presentation on U-boat activity in Scapa Flow and the sinking of the Royal Oak will provide a useful background to The Spy in Black film. Kolberg will be preceded by a session on Hitler’s last year in power and the end of the war. Likewise, as The Way Ahead is devoted to the role of men in the war, the morning session that day will examine the role of women on the Home Front.
Given the variety of the material to be covered, Ian is confident that, once again, you will find this new programme entertaining and thought-provoking, and that you will be absorbed by the various films - some of which you will be unlikely to have seen previously.The line between fact and fiction is often blurred, and during World War Two those involved in producing films and newsreel became adept at manipulating true facts and events for propaganda purposes.

There is no supplementary charge for single accommodation on any of our activity breaks, and as normal, we can arrange complimentary transport ( on your day of arrival and on your day of departure ) between the hotel and the bus and railway stations. 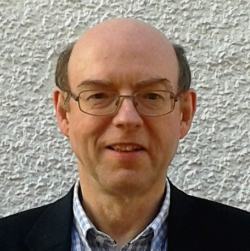