2020 Literary History Breaks at The Green Park with Richard Moore

A look at British Crime Fiction ( 1920 - 2020 ) and at one real-life crime mystery for which you yourselves may form the jury.

Fear not, potential course-members. This will not be a gruesome study but will concentrate on the history of British crime fiction and the wit and intelligence in the writing. We shall also look at one or two real-life cases – such as that of the possibly wrongfully convicted Edith Thompson and the real-life murder of Julia Wallace – for the second of which you yourselves may give a verdict. Come and enjoy the skill of plotting, the wit and the ingenuity of a number of classic detective and crime stories while also learning about the history of crime fiction right from the time of the Ancient Egyptians who left us the first ever locked-room murder mystery!

Learn too of the ways such fiction has changed over the years. It will be a thrilling but not a frightening experience and requires no prior knowledge though it would help if participants have read (and can bring along) the seven chosen texts.


Killing In a Glass Darkly

A look at Literature of the Gothic and Supernatural

Alfred Hitchcock claimed that we all like to be frightened. This course will not frighten you but we hope that it will intrigue, delight and just occasionally produce an enjoyable shiver. During it we shall look at stories of hauntings and ghosts – including an Ancient Roman ghost story (allegedly true) recorded by the Younger Pliny. Real-life cases such as that of the Cock-Lane ghost will jostle with fictional treatments and you will also be given a comprehensive guide to the history of the genre. No prior knowledge is required and the sessions will be enlivened by some DVD extracts from the best films in the genre and a few key poems.

There is no supplementary charge for single accommodation on any of our activity breaks, and as normal, we can arrange free transport (on arrival and departure) between the hotel and the bus and railway stations. 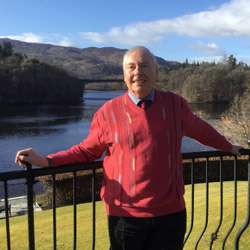